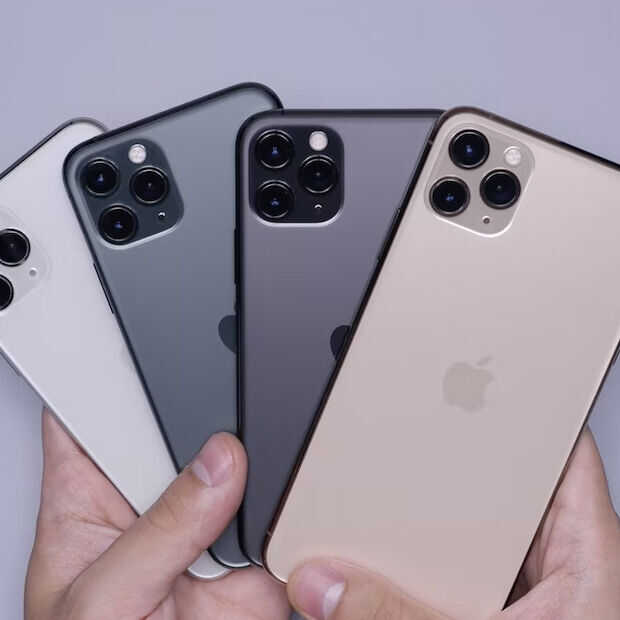 Apple will announce its new devices on Wednesday and there is a good chance that it will be iPhone 14. Several devices promise to be announced again: iPhone 14, iPhone 14 Max, iPhone 14 Pro and iPhone 14 Pro Max. Those devices are expected, with the big new feature that the screen no longer has a notch and Apple – like many other brands – opts for the perferator hole in which the selfie camera is then placed. At least, if the rumors are correct: this article consists only of rumors, all information will not be final until Apple says it on Wednesday.

Apple fans are in turmoil, because unlike the normal Tuesday in September, Apple has now chosen a Wednesday to announce its new device. The question is whether iPhone 14 can indeed be delivered quickly, because there would be some haggling between two countries that are both involved in the production of the popular gadgets. The whole world is also still struggling with a chip shortage, although Apple seems to have little trouble with this so far.

Wednesday is the day, then the new iPhone 14 will be announced. It promises to contain a brand new A16 chip, which does just that little bit better in terms of speed and performance than its predecessor. The size of the device is 6.1 inches (the regular and the Pro) and 6.7 inches (Pro Max or Plus, because Apple seems to be making a name change). An iPhone Mini is not coming this time, Apple wants to do it big this time. And only big. The screen will look even bigger anyway, because there is no notch present. Whether that perferator hole will really become round, or whether a pill form with two cameras in it will be chosen, remains to be seen.

Below you can see – already nostalgia – the trailer of predecessor iPhone 13.

On the other hand, we’ve heard this rumor before, so we’re going to give it another shot. Furthermore, no huge change is expected in terms of appearance of the device: iPhone 14 therefore resembles its predecessor in quite a few respects. However, the camera bump of 14 Pro would probably become a bit higher and a new color will be added, namely purple. All devices would also have a longer battery life.

We also expect the standard improvements, such as a faster processor (especially in the Pro variant with its A16 chip) and improvements to the already very good cameras from Apple’s smartphone line. There is probably also a Snapdragon X65 chip in the device, with a 10-gigabet 5G modem. That should provide a faster connection.

In addition, there was hope that the devices would come with ProMotion screens, but that dream does not seem to come true. That would have meant that refresh rates of 120 Hertz could be achieved, but this rumor has been suppressed. What then is true? Only Apple can confirm that. We hope that there are indeed improvements in the field of always-on screen technology, which are rumored around the more expensive devices.

September 7 is the day, then Apple CEO Tim Cook and his team will announce the new iPhone, in addition to probably more Apple gadgets

Jeroen has been involved with Dutchcowboys for more than 15 years. Started out as a content creator, and now responsible for the day-to-day business…