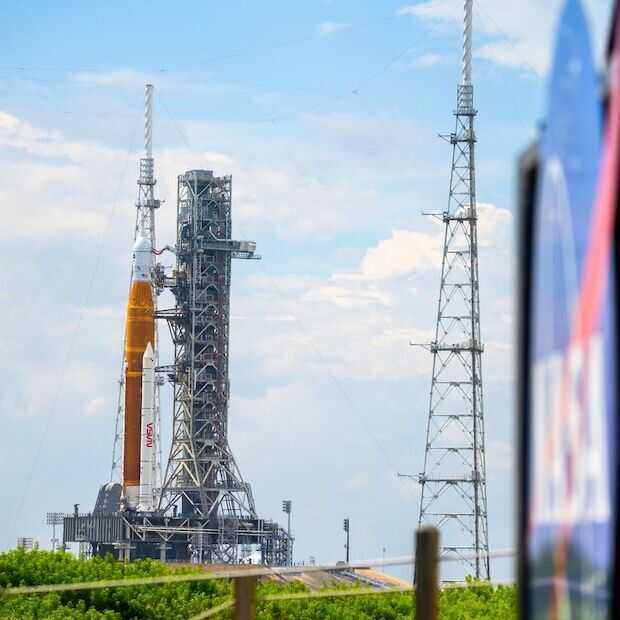 It soon became clear on Saturday evening (Dutch time) that the second attempt at the Artemis I mission to the moon would also not take place. A few hours before the planned launch, a leak was discovered (again) in the fuel system. While on the first attempt it turned out to be a relatively harmless ‘cloud’ of condensation, there was clearly more going on on Saturday.

A few hours before the launch, which was to take place on Saturday around a quarter past eight in the evening (Dutch time), a hydrogen leak was discovered in the ‘tank hose’ of the rocket. Engineers have tried to find a solution, but they were unable to do so within the time allowed for the launch attempt.

On Saturday, engineers discovered a leak in a space between the bottom and side plates of the rocket. That leak was around a pipe used to fill and discharge liquid hydrogen into the SLS rocket. To fix the problem, techs tried three times to replace or reseat the leaking gasket. The cause of the leaking gasket is still under investigation. It is already clear that during the ‘refueling’ of the rocket, the pressure in the hydrogen pipeline temporarily rose too high due to an incorrect command. That did not lead to any danger, but of course it could have caused the leakage. As mentioned, this is still under investigation.

But don’t worry, there are still four two-week periods this year, between September 19 and December 23, during which the launch can still take place. In those periods the moon and earth are in ‘the correct’ position relative to each other. In theory, the space agency could even make 48 more launch attempts during those periods. However, they are certainly not all suitable and that is partly why NASA has not yet said anything about when they plan to make a next launch attempt.

In any case, the period from September 19 to October 4 does not appear to be an option, since the rocket must now first return to the hangar for maintenance and (re)inspection of the ‘Flight Termination’ system. Due to safety requirements, this has to be done every 25 days.

Choosing a new launch moment, apart from the problems with the SLS missile that still have to be solved, depends on a number of factors. Consider the length of the mission. Because Artemis I travels to the moon, some 400,000 kilometers (one way), not every moment when the launch could technically take place is appropriate. With such a long mission, it can just happen that another launch moment means that the mission will not last 26 to 28 days, but 38 to 42 days.

In addition, the position of the moon is also important for the successful positioning of the SLS lunar module in orbit around the moon. A third factor to take into account is that the lunar module does not take more than 90 minutes to pass through its dark side on its circumnavigation of the moon. Otherwise, the solar panels will provide too little (no) electricity for too long and the temperature in the module cannot be maintained. Although Artemis I is still a manned space mission, it is the litmus test for missions in which astronauts travel, so even with the unmanned mission everything must go exactly according to plan and within the set margins.

Finally, to determine the correct launch moment, the return to Earth must also be taken into account. A so-called ‘Skip Entry’ procedure is followed for that return. Before final return to the Earth’s surface, the module first dives into the outer atmosphere to reduce speed. It then ‘bounces’ back into space for a moment and then returns to Earth through the atmosphere for good. Before launch, it should already be clear that the Artemis I lunar module will land in the right place on return, where the ‘Skip Entry’ landing procedure will be initiated.

There’s work to be done

In short, NASA still has a lot of work to do. And to think that they also traveled to the moon a number of times more than 5 decades ago. At a time when they had much less information and computers that had to perform the necessary calculations were still machines the size of a house, with a computing power many tens of thousands of times more limited than what we have in our smartphones today.