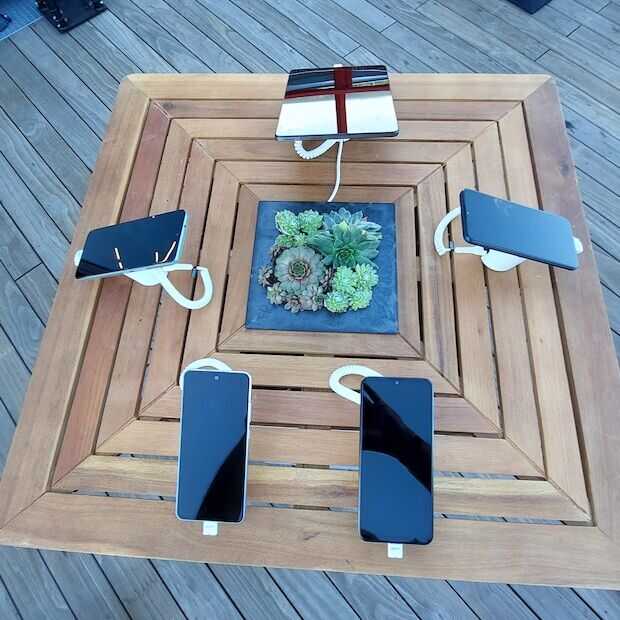 HMD Global, the parent company of Nokia smartphones and tablets, has announced two new smartphones and a tablet at the IFA in Berlin, from the roof terrace of the regional broadcaster RBB. In addition, the company announced that the Circular subscription, for a more sustainable use of devices, will be launched in the UK and Germany. In fact a new form of ‘accessories’, but with a ‘green’ sustainable approach. A bit like Fairphone announced a few months ago.

Users who take out a Circular subscription with Nokia can choose another device at any time they want. Of course against payment of a (new) monthly rate. The idea is that the ‘old’ devices are recycled, refurbished and reused by Nokia or donated to charities. The subscription also includes any damage, loss or theft, plus a replacement device if needed. The rates for a Circular subscription are between 12 and 30 euros per month, depending on the device you choose.

Users who decide to keep their devices longer will receive a reward through the ‘Seeds of Tomorrow’ program. The longer someone keeps a device, the more ‘seeds’ they receive to spend on a range of sustainability and charitable causes: planting trees, removing carbon from the atmosphere, clearing plastic from rivers or providing connectivity to people in need. That is, of course, very much Nokia’s 2022. The question is, however, whether these green arguments will now make device lease a success. It is a subscription form that has been tried by several providers and manufacturers in the past, so far still without success, at least in the Netherlands.

So three new Nokia devices were presented in Berlin. The most expensive (549 euros) is the Nokia X30 5G. It has a frame made of 100 percent recycled aluminum and a back of 65 percent recycled plastic. Furthermore, the 50-megapixel PureView camera with optical image stabilization (OIS) and AI software to take wide-angle and night shots are notable. The device has a 6.43-inch screen and of course runs on Android One.

Nokia is also still holding on to the 3-3-3 promise. This includes three years of Android OS upgrades, three years of monthly security updates, and a three-year extended warranty at no additional cost. With those updates, things did not go so smoothly in the past. It sometimes took a long time for certain devices before updates were rolled out.

During the press conference in Berlin, HMD Global also presented the Nokia C31, a device that will cost less than 120 euros. That will be the device that you can ‘get’ with the Circular subscription for 12 euros per month. For the time being, the C31 is not officially coming to the Netherlands. This may also have to do with the fact that Circular is not yet available in the Netherlands.

Finally, HMD Global also presented an affordable tablet and a portable wireless speaker. The tablet, the Nokia T21, has an aluminum housing. The plastic parts are again made of largely (60%) recycled plastic. In addition to the standard model, there is also a business version, with NFC and a stylus.

The Nokia Portable Wireless Speaker 2 will be available from the second half of September on nokia.com for an average price of 59.99 euros.