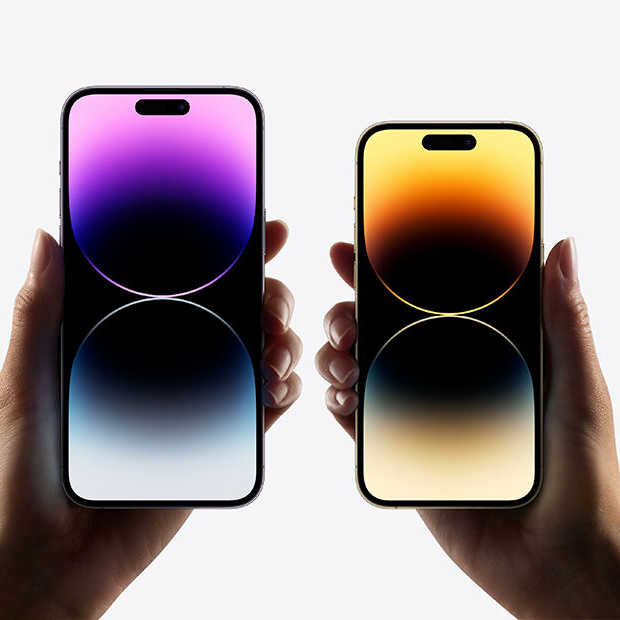 iPhone 14 is very similar to iPhone 13. It even costs the same as its predecessor at launch. The screen is 6.1 inches and it uses the A15 Bionic chip, which Apple introduced last year. In terms of cameras, there is a new 12-megapixel main camera that can also stabilize on the sensor. Apple promises a 49 percent improvement in low-light photos. Also, the night mode is twice as fast. The video function gets an Action mode, which should ensure an extremely stable video.

On the front, the device has a TrueDepth camera for better photos with autofocus and the option to take group photos. Like the new Apple Watch, iPhone 14 has crash detection, where the device knows you’re in a car accident and notifies the emergency services and your emergency contacts. Also, iPhone 14 has SOS emergency notification via satellite. Apple says: “iPhone 14 can connect directly to a satellite, so that messages can be exchanged with emergency services even outside the range of cellular or Wi-Fi networks. Satellites are moving targets with low bandwidth, so it can take several minutes for a message to be sent.” Unfortunately, this feature is only available in the United States and Canada.

The screen is Super Retina XDR with OLED technology and can reach a peak brightness of 1200 nits. The device is water and dustproof. iPhone 14 is available from $799 in midnight, blue, starlight, purple and (PRODUCT)RED colors. It will be released on September 16 for a starting price of EUR 1019.

iPhone 14 Plus is, as its name suggests, somewhat larger, but has the same functions as the regular iPhone 14. The screen is 6.7 inches. In addition, the battery life would be considerably better. The phone also uses the A15 Bionic chip introduced last year. The OLED screen is a Super Retina XDR with a maximum brightness of 1200 nits, just like its ‘regular’ brother, it is waterproof and dustproof. iPhone 14 Plus is available starting at $899 in midnight, blue, starlight, purple and (PRODUCT)RED colors. It will be released on October 7 for a starting price of 1169 euros.

iPhone 14 Pro has about all the features mentioned above (such as crash detection and emergency SOS notification), but more. For example, the device has an always-on screen with Dynamic Island. The latter is a more natural way to experience your iPhone. Apple said: “The design blurs the line between hardware and software and shows important alerts, notifications and activities in real time. Due to the new Dynamic Island, the TrueDepth camera has been modified to take up less display space. With no content in the way of the screen, Dynamic Island remains active so that users only have to put their finger on the display to see the controls. Activities in the background remain visible and interactive, such as Maps, Music or a timer. Third-party apps can leverage Dynamic Island in iOS 16 for Live Activities, such as apps where you can look up sports scores and information about carpooling.”

The new chip A16 Bionic has been placed in the device to make it fast. The camera system consists of a 48 megapixel main camera that takes better photos in low light. The telephoto camera with 3 times optical zoom has also been improved. The device is 6.1 inches and has a Super Retina XDR display with a peak brightness of 2000 nits: twice as bright than iPhone 13 Pro. What is most striking about the screen, however, is that there is no notch. Indeed, Apple has opted for the pill-shaped option that we already described in our rumor article.

The iPhone 14 series comes with iOS 16, the update of the Apple operating system for phones that includes a new lock screen. A new effect has been added for the time display, and there are new widgets. All kinds of new backgrounds have been added, such as astronomy with beautiful pictures of space or weather where you can see what the weather will be like. It is also possible in Messages to change or withdraw a message. You can also mark a conversation as “unread” if you want to come back to it later. Livetext now recognizes text in video and can quickly convert currencies and translate texts. iOS 16 will be available on September 12 as a free software update.