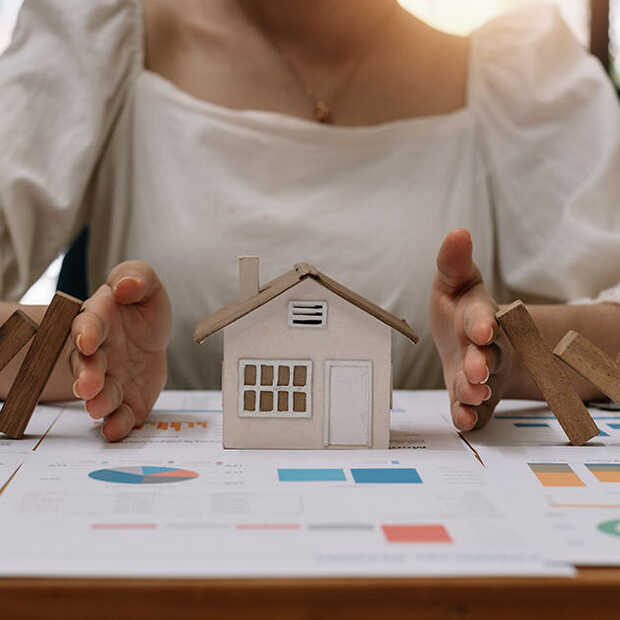 Since the 2009 credit crisis, the European Central Bank (ECB) has always tried to ease any “pain” in the economy, but last week the ECB made a historic decision that is going to cause a lot of pain in different parts of our economy. The ECB is pursuing an anti-cyclical policy. Austrian economist Joseph Schumpeter speaks of a creative destruction that the status quo of the market must be destroyed to free up the resources and energy needed to innovate and improve.

The ECB has raised the key interest rate by no less than 0.75 percent for the first time since 1999 (Euro introduction). The biggest interest rate hike ever. In a press conference, ECB President Christine Lagarde called the new increase an “exceptional step”. This is just the beginning to contain and normalize inflation above 10% in Europe. For now, the ECB will only bet on interest rate hikes to reduce the money supply because that means is the most “proportional, appropriate and efficient” according to Lagarde.

All kinds of interest rates are directly and indirectly dependent on the ECB’s policy rate. Think of mortgage interest, credit and loan interest, Euribor interest, bond interest and of course the savings interest.

Because the capital market interest rate is rising again, the margins on mortgages have become much smaller. Since last week, we have therefore seen a large number of lenders have increased their mortgage interest rates.

The average mortgage interest rate has already risen from an average of 1.5 percent at the beginning of this year to almost 4 percent now. In general, it is expected that mortgage lenders such as banks will raise their rates much further in the coming period. In the US, mortgage interest rates have risen above 6%. That is not good news for the European housing market. The saying goes, when America catches a cold, Europe sneezes.

The madness in the housing market is completely over in 2022. The number of home sales has fallen in recent months due to declining consumer confidence and confidence in the housing market in particular. The supply of houses is increasing. Although house prices are still rising in the Netherlands, house prices have started to fall sharply in the US, Australia and New Zealand.

Textbooks teach us that ever-rising mortgage interest rates have a negative impact on house prices. But according to ING economists, there are more factors that play a role in the current market to really set in motion a price decline. The supply of housing remains relatively tight (there was also a shortage in 2008, I think this argument is much less valid) but what really has a much greater effect is the labor market. As long as few people have to deal with loss of income and the staff shortage continues, the effect of high mortgage rates on the housing market will not be so great. The danger for the housing market lies in how deep the coming recession will become and what its impact will be on the current labor market, taking into account the ever-rising mortgage interest rates. In any case, the first cracks in the bricks are visible.

This article is written by Halil Kiliç, Blogger, Investor & IT entrepreneur.