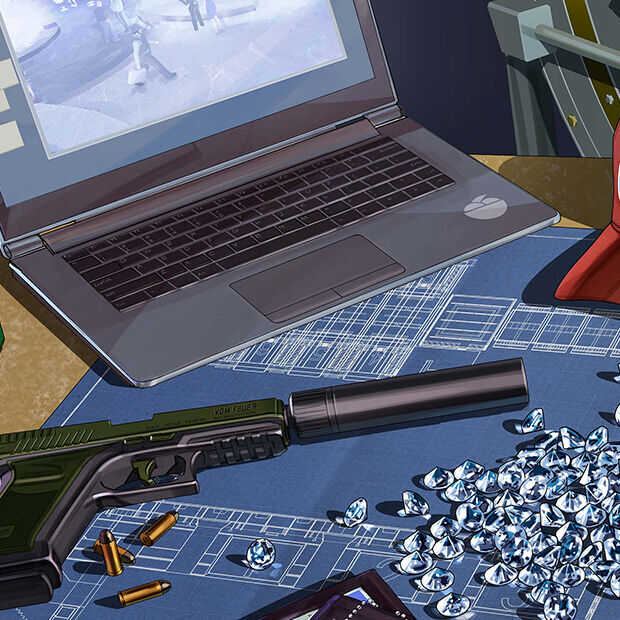 Studio Rockstar has responded to the images that appeared from GTA 6 last weekend. It turns out that it is not a deliberate leak by the company: someone has illegally gained access to the internal systems of the game studio and exposed it to the rest of the world against Rockstar’s wishes in Grand Theft Auto 6.

The studio tweeted that there was an intruder on its network, allowing a third party to illegally access the classified information within Rockstar’s systems. “Downloaded the classified information. Think of development footage of the next Grand Theft Auto. We do not currently expect any stagnation in our live services or problems in the development of our projects in the long term.”

It continues: “We are extremely disappointed that details of the next game have been shared in this way. However, work on the game is going according to plan and we remain committed to giving gamers an experience that will blow expectations away. Soon we will give an update and when the time comes, a worthy introduction to the game. Thanks for the support in this situation.”

It’s very sad for the people who have been working on the game for so many years and want to surprise the public with it, but at the same time, not everything has come out about the next GTA yet. However, two things stand out about the tweet: Rockstar does not deny that these are images of the next Grand Theft Auto game and at the same time it does not mention GTA 6 anywhere. This suggests that the game might get a different title at a later time than we already have. that time thinking (namely, the logical consecutive number after 5).

At the same time, Rockstar has already indicated that it will take a slightly different path with this GTA. It no longer wants to belittle minorities and has chosen a Latina woman as one of its protagonists. The tone of the game will probably also be slightly different, although last week’s images showed that it is really a GTA game. It seems that Rockstar is taking a more careful approach with this game than any other game in the franchise.

While the leak is annoying for developers, it hasn’t made gamers any less hyped. Grand Theft Auto 6 (or whatever it is called) is still very much looked forward to and it will probably be another monster hit. Although it is certainly very annoying for a security department if someone manages to break into the system, the game itself will probably not have an image problem. The videos (which together totaled 50 minutes) have since been removed from YouTube.